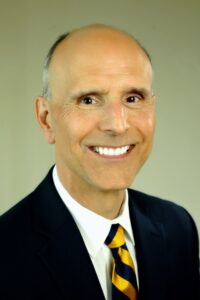 President, Board of Directors

George Delgado, M.D., is the president and founder of Steno Institute. Since 2005, he has been the Medical Director of Culture of Life Family Services (COLFS) in San Diego, California. He was also the founder of the Abortion Pill Reversal (APR) program, now called Abortion Pill Rescue. The APR program provides a medically safe protocol, using progesterone, to reverse the effects of the drug mifepristone, which is now used in over 30% of the one million annual abortions in the U.S. Since 2008, over 1000 women have given birth to healthy babies thanks to the use of the APR protocols developed, studied and promulgated by Dr. Delgado and his team.

In 2018, because of the APR success, Dr. Delgado partnered with Heartbeat International, the largest pro-life organization in the world, including over 2500 affiliated pregnancy centers, maternity homes, and non-profit agencies on six continents. Heartbeat International assumed responsibility for APR operations, and global outreach. Dr. Delgado retained directorship of APR research and has founded the Steno Institute to serve as the platform for broader pro-life research, including abortion pill reversal.

He was the author of the two most important articles in the medical literature describing and evaluating the successful reversal of mifepristone medical abortions. Additionally, Dr. Delgado was a co-author on Dr. Mary Davenport’s high-impact paper reviewing the mifepristone literature to establish an historic control of embryo survival of mifepristone abortion, if no treatment is offered. Read the articles, here.

Board certified in both family medicine and hospice and palliative medicine, Dr. Delgado received his medical degree from the University of California, Davis, and completed his residency at Santa Monica Hospital/UCLA. Dr. Delgado is certified in Health Care Ethics through the National Catholic Bioethics Center and is a Natural Family Planning Medical Consultant, having completed the NaProTECHNOLOGY physician training program.

Dr. Delgado is nationally recognized for his pro-life medical expertise. He is a regular guest on the highly acclaimed Catholic Answers Live radio show, received the St. Gianna Molla Pro-Life Award at the 2017 Walk for Life West Coast, was awarded the Servant Leader Award in 2018 by Heartbeat International, and was granted the Pro-Life Innovator Award by Solidarity HealthShare in January 2019.

Treasurer, Board of Directors

Dr. Matthew Harrison is a board-certified family physician residing in North Carolina. He obtained his Bachelor of Science and Master of Arts degrees in biology from the College of William and Mary and his Doctorate in Medicine from the Medical College of Virginia/Virginia Commonwealth University. Dr. Harrison was a co-author on a paper reviewing the mifepristone literature to establish qan historic control of embryo survival of mifepristone abortion, if no treatment is offered. Additionally, he co-authored papers in pediatric leukemia protocols as well as brain receptor biology while a supervising research technician at Johns Hopkins University and Duke University. He is currently serving as a full-time hospitalist, and was the previous medical director of a hospitalist group at a 200-bed acute care hospital where he is also an assistant professor for Campbell School of Osteopathic Medicine. Dr. Harrison has provided obstetrical care since 1998, and currently is the medical director of a free prenatal care center outside of Charlotte, NC. He is the director of the student health center at Belmont Abbey College. Dr. Harrison performed the first recorded mifepristone (RU- 486) reversal in 2006 and Kaylie is thriving. Dr. Harrison is married to Kathleen, and they have 7 children. 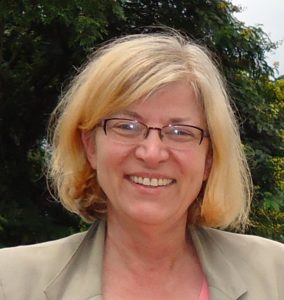 Secretary, Board of Directors

Dr. Davenport is a board-certified obstetrician-gynecologist in private practice in the San Francisco Bay Area. She is a past president of the American Association of Pro-Life Obstetricians and Gynecologists, and is the medical director of Magnificat Maternal Health Program of the Diocese of Idah, Nigeria. She's a Natural Family Planning Medical Consultant, through the NaProTECHNOLOGY physician training program at the Pope Paul VI Institute. Recently she completed a master's degree in nutrition and metabolism. Dr. Davenport has lectured extensively on a Catholic approach to reproductive health care; In a EWTN series on Humane Vitae, she spoke on its implications for women’s health care. Maternal mortality, the global abortion agenda, harms of abortion, contraception and sexually transmitted infections have been other lecture topics at international and US educational institutions and medical groups. She co-authored a paper on the Hippocratic Oath for the Linacre Quarterly. She was the lead author on on a paper reviewing the mifepristone literature to establish an historic control of embryo survival of mifepristone abortion, if no treatment is offered. Dr. Davenport was a co-author on the two groundbreaking papers describing the reversal of mifepristone abortions using progesterone. In addition, she is on the boards of the California Association for Natural Family Planning (CANFP) and the Breast Cancer Prevention Institute. She graduated from Smith College and Tufts University School of Medicine, and completed her obstetrics and gynecology residency at the University of California, San Diego. 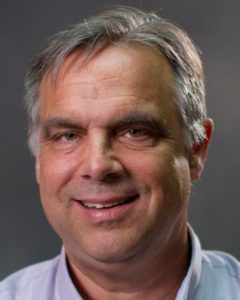 Bill Goyette has developed an innovative, sophisticated, highly accurate Monte Carlo simulation model that can be applied to pandemics, including the COVID-19 outbreak. He has more than 36 years experience in the aerospace industry and is a Technical Fellow. He holds a dozen USA Patents and has managed a department of over 100 Radio Frequency (RF) engineers. Bill has led a variety of product development efforts. He has a Bachelor of Science degree in Engineering Physics from the University of San Francisco and a master’s degree in Electrical Engineering from Loyola Marymount University in Los Angeles.  Bill has worked for Hughes Aircraft, TRW and Northrop Grumman. Click here to read more about the Monte Carlo COVID-19 model.

His Excellency, the Most Reverend Salvatore Cordileone, Archbishop of San Francisco